As a fine artist, photographer and graphic designer for the past 40+ years, James Kimak  honed creative skills within a great variety of fine and digital art disciplines. After a career as a designer and art director for such firms as NBC and CNBC, he used his  skills to create large mural installations for hospitals and universities including NY Presbyterian, Columbia University and the UPMC Children’s Hospital of Pittsburgh.

While developing his professional design skills, he also began exhibiting his  fine art in many regional juried shows including the Parrish Art Museum, and had his  first solo show in 1993 at the Edward Hopper House Museum in Nyack, NY. He subsequently helped form a co-op art gallery in Piermont NY (The Piermont Flywheel Gallery), after which the Allen Sheppard Gallery represented in NYC.

Kimak now  focuses solely on his work as a painter. In 2021 he was the recipient of the Gold Medal of Honor at the 108th Allied Artist of America juried exhibition in NYC. A projected image of his 2020 painting, Man with Tattoo, Havana, was one of nine out of 382 portraits chosen for a 2024 multimedia dance and chorus performance, PORTRAITS, at the Kennedy Center.

James Kimak’s works in acrylic on canvas, focus on contemporary realism in a wide variety of subject matter, with studies of light and form with their emotive power being his principle concern. In the spirit of Edward Hopper, he hopes that his works do not need further written explanation. 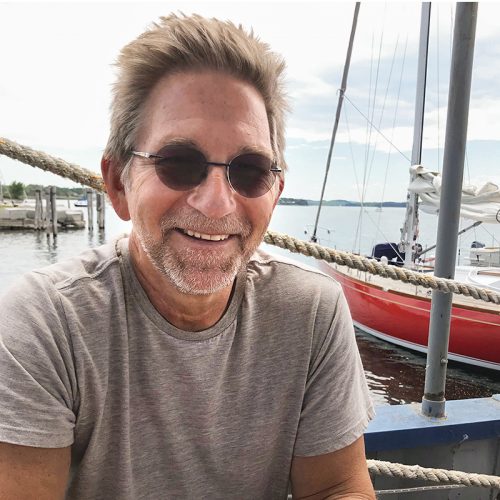