Starting, Stopping and What Happens in Between

When I start a painting it is my job to create an understructure that is stable enough to sustain subsequent layers. When the painting is complete I want it to have a beautiful enough skin to invite people to linger and an interesting enough interior to retain their attention.

To build the framework I start with a landscape based on one of the dramatic paintings of the Hudson River Painters, a seascape or marsh scene by Martin Johnson Heade, a sketch I’ve done outside or a figure drawing from one of the many life drawing sessions I attend each year.

Starting the painting is more intellectual; ending is more emotional. I can clearly describe how I start, but I stop when it feels right, when the surface is rich enough, the light defined enough, the palette pleasing enough. When the eye is encouraged to travel around, when the imagination is put into play, when separate sections work independently and the whole works together, then it is finished. 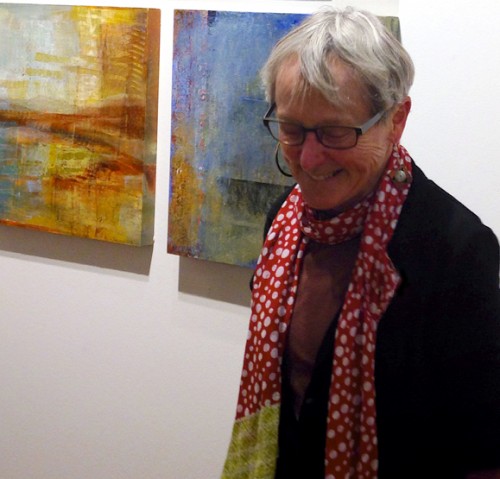