Romulus Craft, a  studio located in Washington, Vermont, is comprised of Ikuzi Teraki and Jeanne Bisson.

We use our own porcelain recipe clay, one clear glaze, apply our own formulated oxides as stain,underglaze and layering for color. We fire to 2100 Fahrenheit. The limiting of material has allowed us the opportunity to explore within a boundary. The imposition of this conscious limitation has allowed evolution which might be considered for inclusion as opposed to the whimsy of fad or fashion. “The backbone of our production is function.”

Romulus Craft has often received the Award of Excellence from the American Craft Council, most recently during the 2011 ACC show in St. Paul, Minnesota. 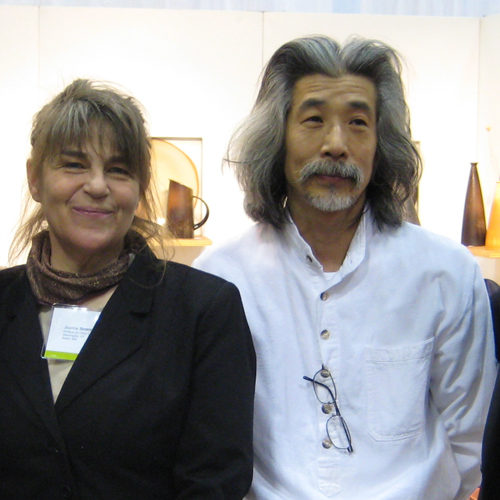